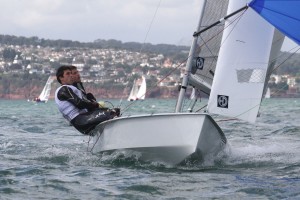 HD sails involvement with the Scorpion class began in 2001 when Andy Davis started developing Scorpion sails for the 2008 Olympian Stevie Morrison. Andy went on to spend 2 years campaigning in the class full time and has sailed the boats on and off ever since. He has won 2 national titles giving him vital insight into the design and this has paid dividends with his latest sails. In recent years Andy’s Scorpion sail designs have won 3 of the last 4 national championships including the 2011 title and the last 2 Silver Scorpion traveler’s titles. They have also won numerous open meetings and other major events.

Call Andy today for more information about some new HD sails for your Scorpion.

All prices include VAT